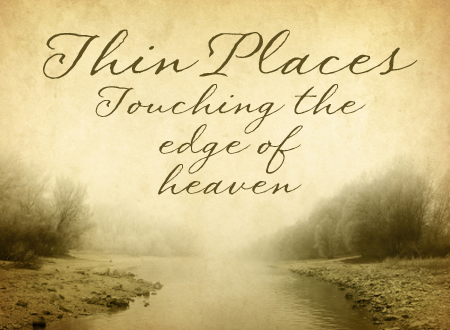 Today, I attended a Memorial Mass for a sophomore University student who passed away over the summer.

During the homily, the priest spoke of the notion of “thin place.” You can read more about thin places here.

A thin place, with its origin with pre-Christian Irish mystics, recognized this sacred space where heaven meets earth.

There are places on earth where you feel God. For me, this list includes Lourdes, France; Assisi, Italy, and Shea Stadium, Queens.

The first two because of the miraculous that occurred through people and their faith. The latter because of my family and friends who journeyed through the years with me while watching a game, escaping the worries of the day.

At this Mass, the Church was recognized as a thin space due to the sacrament and community.

I am intrigued by this notion.

There was a 2012 New York Times article that discussed this idea of thin places. You can read it here.

Author Eric Weiner concludes his article in this way:

Yet, ultimately, an inherent contradiction trips up any spiritual walkabout: The divine supposedly transcends time and space, yet we seek it in very specific places and at very specific times. If God (however defined) is everywhere and “everywhen,” as the Australian aboriginals put it so wonderfully, then why are some places thin and others not? Why isn’t the whole world thin? Maybe it is but we’re too thick to recognize it. Maybe thin places offer glimpses not of heaven but of earth as it really is, unencumbered. Unmasked.

Weiner recognizes, as I do in my three places, that they are not limited to religious sites. He references pubs and bookstores as well as Cathedrals and grave sites.

Weiner perhaps captures this intriguing notion best when he references a Celtic saying, “Heaven and earth are only three feet apart, but in thin places that distance is even shorter.”

What are your thin places?

Where on earth have you felt heaven?